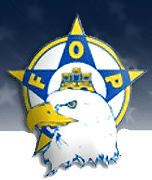 Though not mentioned in his above referenced letters, Sweeney told reporters his legislative office had received a “direct threat” from Bob Fox, President of the New Jersey State Fraternal Order of Police. Sweeney alleges that Fox stated that no state senator would receive a contribution from the union until the resolution to put the referendum on the ballot is passed in the senate. Sweeney went on to say that he describes Fox’s statement as a “clear cut case of extortion a criminal act.” Besides committing slanderous and libelous acts, and to set the record straight, President Fox merely asked the Senate President “to post a bill” that Sweeney had sponsored and that already had been passed by the New Jersey State Assembly. It has been widely reported that for some time Sweeney made public his intention to post the bill for a vote by the State Senate. Sweeney is on record stating repeatedly that he had the votes in the senate to pass the bill.

The posting and the passage of the bill in the senate does nothing to actually implement the pension reforms. Instead, it merely puts the vote as a constitutional amendment on the ballot in the upcoming November, 2016 elections. It would be up to the citizens of New Jersey to decide whether to pass this reform. The public should know that the State F.O.P. President, Bob

Fox intended nothing other than to advocate for his members and for the people of the State of New Jersey to decide this issue and not one politician.

There were no crimes committed by any union representative by stating they were withholding contributions in exchange for “a vote”. All the unions wanted was a “fair shake”. They wanted the bill posted by State Senate President Sweeney and then the full senate to vote on whether the issue should be put on the ballot in November. By asking Senator Sweeney to post the bill, it is crystal clear that the full state senate could have voted down the measure. It is also crystal clear that the citizens of New Jersey could have voted down the measure in November. President Fox as well as the other unions knew this. All they were asking was for a chance to have the citizens decide the issue. Unfortunately one politician vote has denied all of that to all New Jersey voters.

All public union members who oppose Senator Sweeney’s actions now have to fear retaliation from a man who can’t keep his promises. Retaliation can come in the form of Senator Sweeney holding up valuable legislation that would aid the thousands of public union members. President Fox did make a promise that he will keep and that is that until this issue cones to a vote in the state senate, no matter what the outcome, all donations to senators of both parties are suspended, including democrats, republicans and independents.

Both unions have stated repeatedly that they have a grave responsibility to use their members’ voluntary political contributions to support their priorities. Lobbyists, special interest and unions have been making contributions for over 200 years in this state. There is no crime or any illegal act in stating to a politician that they would not enjoy any political support because of their public stance on some legislation. What happened here is that the citizens of New Jersey got screwed. Senator Sweeney is playing politics, not only with the unions, but more importantly the people. He withdrew his support of the constitutional amendment purely because of politics, and his feud with the governor over the Transportation Trust Fund issue. The only person or entity who should be “embarrassed” is the political shenanigans of Senate President Sweeney, who chose to make allegations of criminal law violations to divert scrutiny from his political tactics and war with the governor. It is a shame that the people of New Jersey are being denied their right to decide this issue.

The direct benefit to the public is that the state saves millions of dollars by making the pension payments on time rather than waiting until the end of the year to see how much money is in the budget. The State of New Jersey created a pension system to attract public employees to fill positions that are inherently dangerous. Our police and fire sometimes make the ultimate sacrifice and live up to their responsibilities on a daily basis. They did this knowing that there would be a pension for them at the end of their many years of service that would be guaranteed by the state. To deny them these benefits is the ultimate breach of contract. I must remind the people of New Jersey that the pension contributions by the public employees are paid into the pension fund from every paycheck. These citizens never miss a payment.

If there are any inquiries regarding this press release, please forward them to me.