NJFOP is pleased to announce that legislation became law today requiring the state to make required quarterly contributions to the pension fund rather than delaying these payments to the end of the fiscal year. 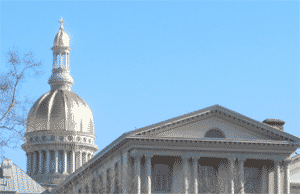 Legislation sponsored by Senate President Stephen Sweeney and Assembly Speaker Vincent Prieto sets up a payment schedule based upon the amount placed in each fiscal budget for pension funds. The quarter will begin this coming July 1, 2017 with the first payment of at least 25% of the total amount set forth in the budget coming due by September 30. The remaining three quarterly payments must be paid by December 31, March 31, and June 30.

NJFOP President Robert W. Fox praised the Legislature for passing this legislation and the Governor for enacting it into law. “While this new law doesn’t insure that our pensions are fully-funded, it does require the state to make quarterly payments allowing the fund to accrue the interest.”

Prieto said, “New Jersey’s public servants who have done their part deserve better than repeated broken promises. Having the state wait until the end of the fiscal year to make one payment is an invitation to skip it, so this will be a common sense improvement.”

Sweeney pointed out, “A scheduled timetable for making the already-required payments will help correct the costly and irresponsible mistakes of the past when contributions were delayed, deferred or ignored altogether. The obligation didn’t go away, it just pushed it down the road and made it more expensive.”