On behalf of NJFOP’S 14,000 members, I want to thank Governor Phil Murphy for demonstrating his support for police and firemen to have their own PFRS Board of Trustees to oversee the investment, policy-making and management of our pension system. For three-and-a-half years, the FOP has worked strenuously with the other police and firemen’s unions to make this legislation a reality. It was not until the election of Governor Murphy, along with the hard push from Senate President Stephen Sweeney and Assembly Speaker Craig Coughlin did Senate Bill No 5 get to the point of where we are today. 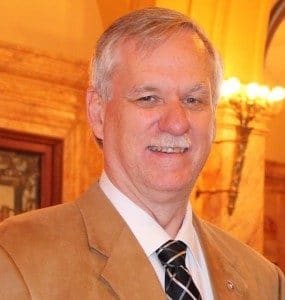 The Governor’s conditional veto outlines some further issues that must be addressed before it becomes law. NJFOP agrees with the concerns he has raised and looks forward to continuing the dialogue to make this bill that best law it can be.

It is no secret that our goal is to restore the COLA and to insure that our pension is fully-funded moving forward. No longer will our members have to worry about depending on the whimsical decisions our pension system suffered under the Christie Administration.

Special thanks to Senate President Sweeney and Assemblyman Gordon Johnson for sponsoring this major landmark legislation.