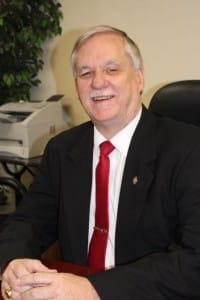 The New Jersey Fraternal Order of Police (NJFOP) is very disappointed that Governor Murphy would sign S-1036 into law. This new law will require that all police-involved shootings and police in-custody deaths be investigated by the Attorney General’s Office.

NJFOP President Robert W. Fox stated, “Currently, the county prosecutors have the right to turn over these investigations or ask for assistance of the AG Office.  By signing this bill into law, it shows that the Governor has no respect or faith for the professionalism of our county prosecutors and their offices.”

Fox added, “Men and women in our county prosecutors’ offices are sworn to uphold the law wherever investigations lead, and they do an outstanding job at it.”

“The immediate aftermath of an incident is critical,” pointed out NJFOP State Lodge Vice President and Newark FOP Lodge President James Stewart, Jr. “Our experience has been that county prosecutors’ investigators are at the scene of the incident in minutes.  Will the AG’s Office have the capacity to dispatch their people quickly to begin investigations before witnesses leave and evidence is disturbed?” Stewart continued.

President Fox has raised the question of what will this new law cost the taxpayers? Fox warned that the AG’s Office will have to beef up both its staff and equipment in order to conduct a thorough investigation.  Even Attorney General Gurbir Grewal testified against this bill acknowledging that the more prudent thing would be to keep these investigations in county prosecutors’ offices.

The NJFOP strongly believes that signing this bill into law is the easy part, but execution of the new law is much more complicated than has been realized at this point.  If the goal of the new law is about making the process quicker, better, and fairer, we maintain that this is a far cry from accomplishing that goal.