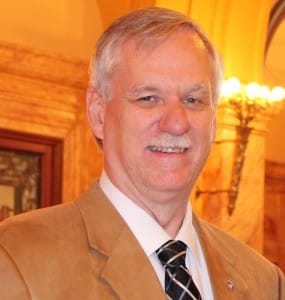 As many of us were in Washington DC this week, it was brought to my attention by numerous FOP members that there was an exhibit at the New National Law Enforcement Museum which was defamatory to the former members of the Camden Police Department.  The exhibit was a gift to the museum by Chief Scott Thompson.  I have sent the following letter to our Brothers and Sisters of Camden Superior Lodge 144.

“I contacted National President Chuck Canterbury and he provided the necessary contact information. I then spoke with Lori Day, the CEO of the museum and expressed our total displeasure regarding the comments on the display concerning the Camden Police Department.  She is willing to come to New Jersey to discuss the issue with me, your Lodge President Lou Hannan and three members of his choice.  The meeting will be scheduled for the first week in June 2019.  The CEO of the museum is very concerned and wants our input directly.  According to Ms. Day there has been a large turnover at the museum and she has been the CEO for less than a year.  She is now aware of our concerns so additional calls to the museum staff, who are police supporters are not necessary.

I feel that no further action is needed until the meeting has concluded.  I will keep you posted once the date is set and your lodge leadership will advise you of the outcome.

To say the least, I am shocked that such a display was allowed to be included in the National Law Enforcement Museum.”