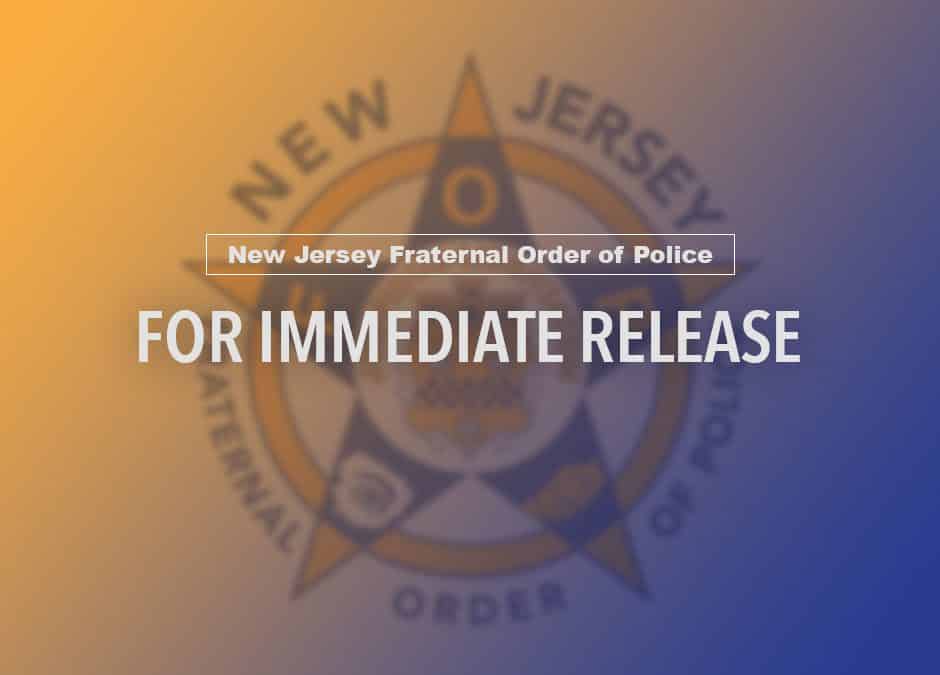 The New Jersey State Fraternal Order of Police recognizes the legislative needs of our members and continues to work tirelessly to address those issues. President Robert W. Fox, the NJFOP Legislative Committee and our lobbyist, Dr. Peter Guzzo, in collaboration with our legislative partners, are working to address the below listed bills in the upcoming legislative session. Our goal is to pursue their movement through the Senate and Assembly and ultimately have them placed before the Governor for him to sign into law.

A1660 (Quijano-D)
Increases accidental death benefit for surviving spouse or surviving children of certain PERS members and retirants; provides accidental death benefit to beneficiary of certain PERS and PFRS members and retirants; redefines child. This bill is currently in the Assembly State and Local Government Committee. We will be working with Senate partners to have a companion bill introduced and moved.

A3828 (Taliaferro -D, Giblin – D, Holley – D)
S3088 (Cryan – D, Diegnan – D)
Provides for LEO benefits for certain public employees enrolled in PFRS; prohibits hiring by State or County of public employees after age 35 in positions eligible for PFRS. The assembly bill was reported out of committee with amendments and referred to the Assembly Appropriations Committee. The Senate bill was introduced in the Senate, Referred to Senate State Government, Wagering, Tourism & Historic Preservation Committee

A5224, (Murphy-D, Dancer-R)
Clarifies that law enforcement officers appointed by educational institutions and NJT are entitled to certain statutory rights and privileges under 40A. This bill is currently before the Assembly Law and Public Safety Committee, and we have asked for an amendment to include our Brothers and Sisters employed by the Burlington County Bridge Commission Police Department. President Fox, Dr. Guzzo and Committee Chairman Lavin are working with our Senate Partners to have a companion bill introduced and moved.

A5436 (Taliaferro – D, Chaparro -D, McKnight – D)
Establishes crime of knowingly filing false report against law enforcement officers. The Assembly bill has been introduced and referred to Assembly Law and Public Safety Committee. We will be collaborating with our partners in the State Senate to have a companion bill introduced and moved.

A5771 (Bergen – R, Rooney – R, Moen – D)
Provides employment protections for paid first responders diagnosed with post-traumatic stress disorder under certain conditions. The bill is currently before the Assembly Law and Public Safety Committee. Our lobbyist, Dr. Pete Guzzo, will be working with our Senate partners to have a companion bill introduced and moved.

The New Jersey State Fraternal Order of Police, led by President Robert W. Fox and aided by the Legislative Committee and our lobbyist Dr. Guzzo, will continue to work tirelessly to move these legislative priorities. We will continue to advocate for legislation that protects and preserves the rights of our Brother and Sister law enforcement officers in New Jersey. We will continue to update you as these initiatives move forward in Trenton. Should you, or your lodge, have any questions relative to these bills, please feel free to contact the State Office.